You are here: Home / Announcements / All Waters are Sacred and Hallowed 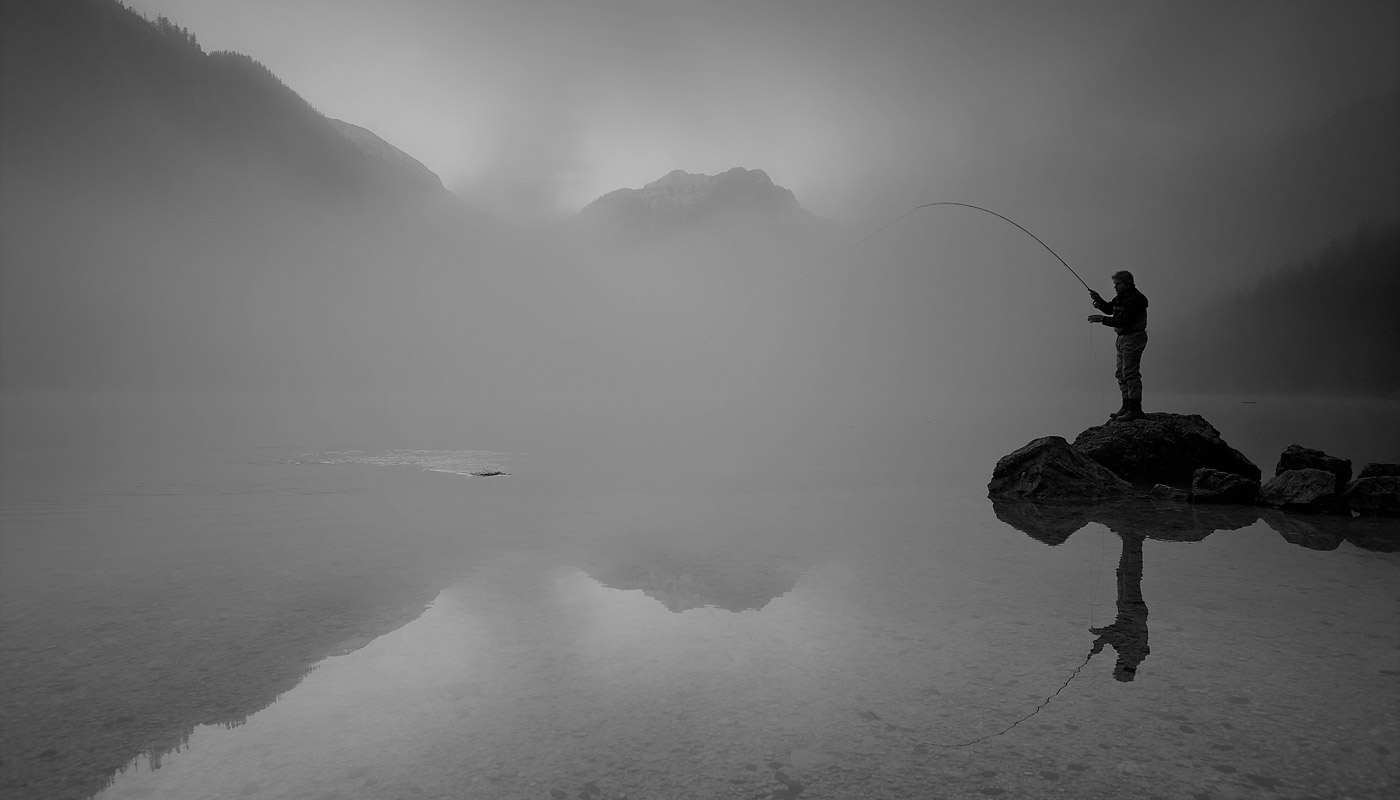 “If you truly love nature, you will find beauty everywhere.” – Vincent Van Gogh

2020 continues to be a year we all wish never happened. Besides Covid-19 still rearing its ugly head, just when you thought it was safe to get back to normal – whatever that still means – it has been one nightmare after another.  Besides the pandemic’s scourge and curse on humanity, we have had the most severe heat waves of July/August throughout the world including the Arctic, which was oppressive as an inferno in hell. Trout and salmon rivers and streams came under extreme heat stress as late in August.  Close to lethal water temperatures, lack of rain and drought, have pushed wild trout populations to their limits around the globe.

In Michigan, where summers normally begin to cool by mid-August, a late summer heat wave has now been recorded  as the hottest summer in history,  where temperatures seemed to be stuck on 88-90F for almost 9 weeks without a break.  Usually our summers can get hot, but we have intermittent cool Canadian air fronts  that come down and give us relief.   2020 didn’t see anything of the sort.  We also had one of the worst droughts in history following a hundred year catastrophic flooding in June that took out dams and covered cities in water. Along with a pandemic, it now is fully obvious that climate change is for real.  It’s not and should not be, a political battle anymore.  Neither is Covid – they both strike indiscriminately.  I apologize for the above heavy and now to a glimpse of hope and light.

In the preview issue introduction, I mentioned how Covid is teaching us to reflect on our lives and discover who we really are and what really matters.  With all the domestic time we have had, and the forced slower pace of society, many are now starting to see the proverbial “forest from the trees”.  The details and drudgery of a hectic lifestyle that most of us lived perhaps did not allow us to take notice of the things that are sometimes the closest to us and taken for granted.

This also applies to fishing and nature.  The rivers, lakes and streams, along with forests and parks closest to us, have always invited us to love and explore them.  But often we go past them and ignore them.  Some of us have recently learned their special joys and charms by default. We were preoccupied focusing on the grand destinations; those special planned trips to the bucket-list trout, salmon and steelhead paradises like Yellowstone , British Columbia, or Iceland..or Slovenia, the Alps in Switzerland and Russia, to name a few.

Perhaps now is a better time than ever to delve into the smaller and less dramatic. They can be urban places one would never consider, or those quiet places often subtle, sublime and shrouded in the beauty of the smaller, unnoticed and forgotten gems that have eluded us. Now is time to  discover and appreciate them. That tiny park not far down the road from where you live, that little creek you cross often when you buzz right past it on the way to that famous destination trout stream, is begging for you to visit.

That has been our modus operandi  for decades in a modern and highly mobile society where speed and efficiency of travel has known no boundaries.  All that has changed.  Boundaries between countries are now closed due to Covid. People are afraid to travel by air, dine-out and stay in hotels- not all mind you, but enough of them that are cautious.

As a result, a fly fisher fortunately has many choices, and actually always has had. Those choices and discoveries are also a blessing and an epiphany. As a result I was thankful to rediscover what I had for decades in my backyard and ignored because of being a creature of routine and habit. Because my home water lodge tailwaters have become unfishable and reached a scary 77F, and my summer steelhead river approached 80F, I hiked in and bushwhacked into the deep forest and sought out and more importantly discovered  many of  the small gems, spring-fed streams in the Manistee National forest that provided solace to guide in and enjoy.  For over two decades I ignored these dozen or more gems, some 10 minutes  down the road at best because of the routine of getting into a power drift boat  and big water.  If it was not big rivers, big tailwaters, I ignorantly assumed that it didn’t fit the billing the perception of what customers want.  What has truly amazed me is the response from my clients when I told them what we were going to do because the main rivers were too hot to fish and we were going to kill trout if we caught them. Their response has shocked me! “That sounds awesome!… I love little wild brookies and brownies, they are so beautiful!…I haven’t done that since a little boy or girl!” is what I kept hearing.

In a boyish “crik-hoping” way, we packed lunches and coolers, explored maps and I donned my Patagonia backpack, boxes of terrestrial ants, hoppers and beetles and explored the deep forest rivers that stayed ice-cold in the 50’s F all summer because of their spring-fed ground flow.  Being shrouded by deep forest of conifers and hardwoods, I now see why the native brook trout almost became extinct due to logging.  I now understand how logging has ruined countless rivers of the Pacific Northwest’s steelhead and salmon hallowed rivers.

I learned the joys of small 2 and 3 weight rods, tiny bamboo sticks that were tucked away and gathering dust, the intense natural and raw stunning beauty of wild brook and brown trout that have evolved for millions of years with a life survival plan of aggression to the fly and vibrant colors that Monet’s palate would fantasize over.

To see the joy of a wild brown or brookie crush a helpless ant or hopper, in a beautiful and pure take on the surface was an astonishing thing as nature’s little hunters pursued their daily foraging in such a pure and undistorted fashion.  A system of prey/predator that was perfected over time to fit these beautiful little waters. Granted they are often small, 7 to 10 inches, with the occasional behemoth pushing 15 inches, each fish was a work of art and deserving of admiration.  On one stream that received the first batch of browns that came from the Black Forest in Germany in the 1880’s, they live harmoniously with the native brookies.  Some wild browns we  caught had close to 80 deep fire red dots/white circles on just one side of its 9 inch body- an absolute feast for the eyes! The brookies had their own combination of colors that we just stared at in the net in the ice cold water.  It was sport and art combined into one.  The dense insulation of the forest made it feel like spring as the waters chilled you below our waders even as the air temperatures were 90F in the sunlight.

The more I explored, the more wildlife like bears, a cougar, a fox, lots of bald-eagles and deer, I realized were lurking closeby. My fascination with all the forest’s wild flowers became the subject of my camera as well as the wild trout.  I got a phone App to identify them and their names.  As a chef I found 7 different varieties of wild mushrooms, wild green edibles, lots of watercress for salads because of the spring water and lush wild raspberries and grapes which I ate all day and came back with a purple-red tongue.  I was witnessing a little Garden of Eden in my backyard that I had passed on for decades. In all respects I was born again.  In hindsight I felt the joy of my boyhood with my father doing the same thing growing up, fishing the tiny brooks of the forest and pastures, camping and cooking by the campfires and reveling in the summer night sky. Never before have I felt so close to God, to nature and to a lifestyle that we have all foolishly let slip away at some time or another.  The way man was created to be.

Maybe now more than ever you can find yourself again in that little creek or forest close-by,  the one you have ignored for years. Maybe if you are lucky, down- the- road, there are urban parks we take for granted, some even have trout and salmon in them.  You’d be surprised at the effort state and provinces put into making urban creeks a taste of the remote natural world. On a polluted chemical smelling creek I grew up fishing as a young boy in the industrial city of  Niagara Falls, New York, we fished for carp, catfish and panfish, that was all that would survive there.  It was called Gill Creek and I swear on some days it would glow from the chemicals and the stench was rancid. I have since found out that the New York DEC has cleaned it up and the urban park it ran through. A few years ago they started stocking several thousand brown trout in it!  Wow –  who would ever think that would happen!. Other cities around the globe are doing the same and even wild fisheries are being discovered  and stocked,  built with the key ecological considerations put in place with the help of government grants, Trout Unlimited and other conservation organizations.

It’s time all waters are treated as sacred and hallowed.

“Many men go fishing all of their lives without knowing that it is not fish they are after.”